There was a frenzy of outrage in the later half of 2018 when word spread that Kawasaki would no longer produce the KLR650.

Adventure Rider Magazine was a little sceptical about that broad statement and stayed clear of the crowd shouting at each other and repeating the things they’d told each other. We tried to get an official confirmation from Kawasaki and couldn’t, so we kept the weight back and throttle at the stops waiting for something official.

At the Melbourne Motorcycle Show we were lucky enough to get a little time with Rob Walker, National Sales And Marketing Manager for Kawasaki Motorcycles Australia. We asked Rob straight out, “Has the KLR650 been deleted from the Kawasaki model line up?”

“The KLR650 as we know it today stays in the Australian range,” said Walker without hesitation.

“Some other countries have dropped the model due to emission-controls and things, but Australia is keeping the KLR650, as we see it today, for at least the next couple of years.”

We noticed the new bike on display was titled a ‘2018’ model, so there may be some hint in that, but for now at least, there will be new 650 Kwaka workhorses on dealer floors for the foreseeable future. 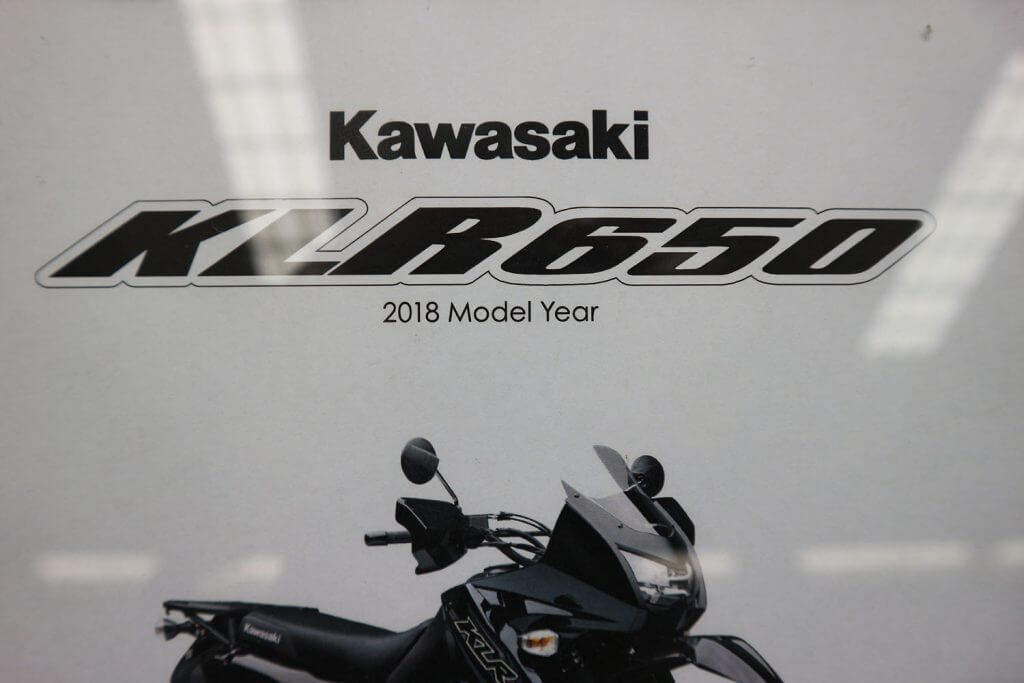