Munich/Johannesburg – From September 13 to 15 at the Country Trax Off-road Riding Academy in South Africa, 10 female GS riders from UK, France, Spain, Iceland, USA, Canada, Brazil, Thailand, Australia and South Africa battled it out for a place on the first-ever female team to contest the 2016 International GS Trophy in Southeast Asia from February 28 to March 5, 2016.

All three ladies will go on to enter the BMW Motorrad International GS Trophy – the fifth edition of which will take place in Thailand next spring. 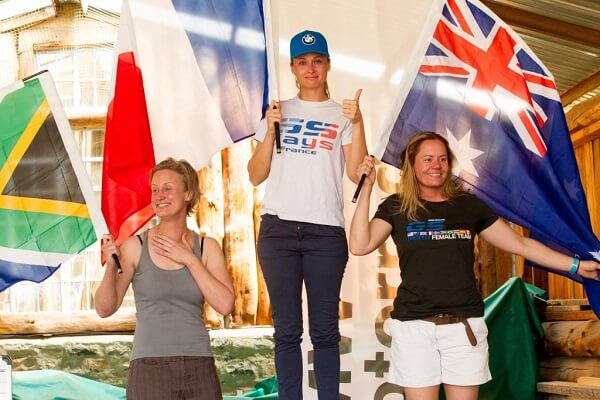 From the very start of this unique ‘qualifier’ held at Country Trax the spirit and sense of camaraderie among the 10 ladies has been inspiring, given that they come from all across the globe and are united only by their love of riding BMW GS motorcycles.

A worldwide search earlier this year for a trio of lady GS riders to form a team to contest the International GS Trophy finals produced a staggering 119 applications from 29 different nations, all keen to show that they had what’s needed to represent their country – and also their gender – in the most famous competitive off-road customer motorcycling event in the world.

From the initial applications, a jury decided on a shortlist of the 10 most suitable females to go to South Africa for the qualifying event. The 10 girls came from all continents, with ages ranging from 26 to 46.

When the challenges were completed, the 10 competitors all embraced and offered each other words of encouragement completely in keeping with the true Trophy spirit. Their final challenge was to strike their tents, pack their bags and await the results.

The results were not long in coming, with all the competitors honoured for their amazing efforts during the course of the hard-fought, yet hugely entertaining qualifier.

Commenting on this GS Trophy experience, head of BMW Motorrad Marketing Dr. Ralf Rodepeter praised all the ladies for their phenomenal efforts and stated: “We truly hope these amazing ambassadors will take this passion back to their respective countries and riding communities, and will encourage even more women to embrace the GS lifestyle.”

For further information about the BMW Motorrad GS Trophy go to www.gstrophy.com #gstrophy

Ready for Adventure with RIDEKTM.COM.AU

Ride Sunday to Ride for Change