This material is showing up on a few websites. As near as we can tell it originated on Italian site http://www.dueruote.it/.

This translation comes from www.advpulse.com…

Yamaha’s vision of the ideal adventure machine has been gathering a huge fan base ever since it was first announced last November. The Yamaha T7 Concept excites the eyes with its aluminum fuel tank, Quad LED headlights and Rally Bike styling – it’s a modern interpretation of the Big Rally Machines from the ’90s.

Yamaha has taken its tractable 689cc parallel-twin from the FZ-07 and mated it with a dirt-focused chassis that runs a 21″/18″ wheel combo and long-travel KYB suspension. A simple but effective recipe for an off-road-capable adventure bike. Even better, the T7 is expected to be released as a production model in 2018. 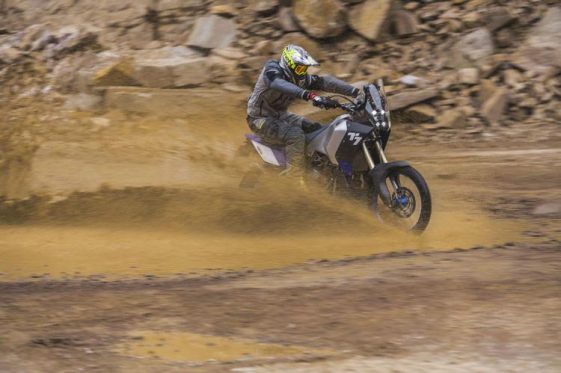 Development of the bike has been a joint effort between Yamaha’s Rally Team of France, R&D Team of Italy and GK Design of the Netherlands, and it appears it’s ready for action. Recently, the Italian Motorcycle Magazine DueRoute was given the keys to the Yamaha T7 for a chance to test the bike for a day. They took the bike to one of its proving grounds in the Alps to see if it truly is as capable off-road as it looks.

It’s a beautiful thing to watch just how effortlessly, the T7 drifts, jumps and bounces off berms, and the sound coming from the 270° crossplane crank motor with Akropovic exhaust is soul stirring. 2018 can’t get here soon enough! For more details check out the story on DueRoute. 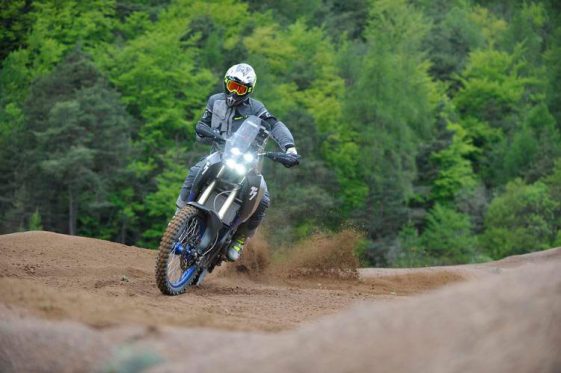 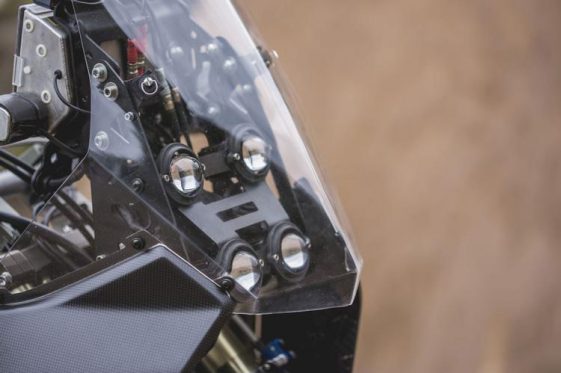